THE VOICE OF THE MOVEMENT

​A voice to speak out and speak up for a nation of women that for too long have been silenced, Mehr Mursal Amiri represents a million unheard voices. As the official voice of the 'I AM A MILLION VOICES' movement, Mehr shares never before seen audio and video from inside the borders of Kabul. This was recorded while she was in hiding. Now, as she finds her way in this world, she works to raise awareness and hope for her Afghan sisters who suffer in fear and forced silence. She represents a million voices that need to be heard.​

"I AM A MILLION VOICES." 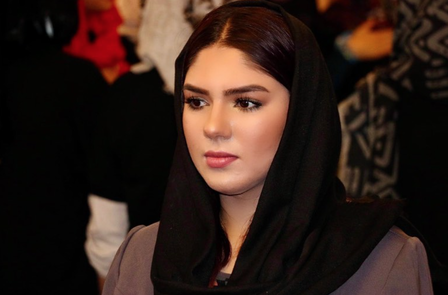 Mehr needs a miracle.
Having left behind everything
besides what they could carry,
Mehr Mursal Amiri and her family
are starting with nothing...
nothing but hope.
​All donations go directly
to Mehr's family.
Funds are needed to get and keep
Mehr and her family safe
with basics needs and also security,
as she plans to continue to speak out
against the Taliban.

Written by AwareNow Columnist, Lori Butierries, this poem, 'I AM A MILLION VOICES', serves as the mantra of this movement.
It was inspired by the resolve and actions of Crystal Bayat, an Afghan social activist and human rights advocate known for her protests against the Taliban takeover.
​I am a million voices.
The voices of scared Afghan women whose dreams were shattered overnight.
The voices of trapped women that now have to stay inside their homes unless accompanied by a familial male escort or risk being beaten, raped, or killed.

I am a million voices.
The voices of women crying in despair- their sobs rent the air as they are forced into sexual slavery and unwanted marriages, including young boys and juvenile girls.
The voices of women being ripped from the safety of their homes and their mothers' arms to be auctioned off on the streets of Kabul to satisfy the unchecked lusts of the Taliban.

I am a million voices.
The voices of women that have been silenced forever because the dead cannot speak, and their lifeblood drenches the streets.
The voices of women who were executed by stoning or with a bullet to the head because they violated the Taliban’s dictates regarding women's roles - even though their version of Sharia was only recently reinstated after 20 years of freedom.

I am a million voices.
The voices of women crying out for help,
begging the US and other NATO forces for a rescue that won’t come.
​The voices of a generation of women who have never experienced these types of restrictions or brutalities before; women who cannot understand why other countries won't step in and save them from the extremists because contrary to what’s being said, this is NOT their culture. So why is the West “respecting” or allowing this kind of treatment then?

I am a million voices.
The voices of rage-filled women wanting justice for what's been done to their families and them.
The voices of women who'd like to march down the streets to protest and fight for human rights but can't because they don't want to wind up on the Taliban’s hit list.

I am a million voices.
So, even if the Taliban finds and silences me, they cannot dim the sound of the collective voices denouncing their authority because it resounds deep inside the chest of every Afghan woman, and the Taliban cannot take away that part of our identity - they cannot extinguish a rebellion that they cannot hear or see.

In search of a powerful piece of artwork to pair with her poem, Lori Butierries commissioned artist Anna Trevathan to paint this piece to inform and inspire.

While hiding from the Taliban in Kabul, Mehr Mursal Amiri was introduced to Allié McGuire, the Editor-in-Chief of AwareNow Magazine. Expressing interest in sharing her story, Mehr spoke to Allié over the phone for an interview published in 'The Source Edition' of AwareNow. In that first conversation, the two connected in a way and on a level that neither could have expected. Instantly dedicated to Mehr, her safety and her story, Allié committed herself to having Mehr safely seen and heard. While this story begins with two women who were complete strangers (an Afghan reporter in her 20's and an American publisher in her 40's), this story is not about what is different. Rather, it's about what is the same. With the same dedication to protecting truth and preserving human rights, this is a story of our shared humanity. This is a story worth everything.

While the spirit of the movement started decades ago, this movement itself began with the sharing of a single story.
Read the interview that started it all:

IN HIDING WITH HOPE

This is an invitation from
Mehr Mursal Amiri and Awareness Ties
to all Afghan women who wish to
​share a personal their story.

We want to have you seen and heard.
Submit your story for publication
in the upcoming 'A MILLION VOICES' column
in AwareNow Magazine.

With your story, we hope to raise awareness
​and correct cultural misconceptions.