We shouldn’t have to be scared to be ourselves.

​"I joined Awareness Ties, because it’s the first organization that I’ve ever heard of that supports so many causes. They show that they’re there for everyone. As a cancer survivor that meant a lot to me. It’s so easy to focus on one issue and overlook others, but everyone has a struggle or obstacle, sometimes more than one, and Awareness Ties shows love to all."

We cannot be quiet and wait for storms to pass.
​We have to be the lightning. 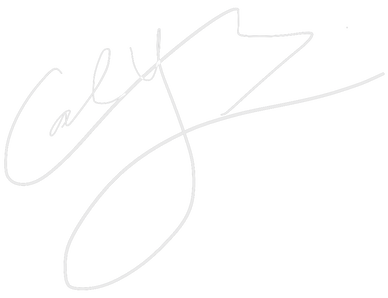 Known for her soaring vocal ability and her heartwarming story of overcoming stage 3 ovarian cancer at the young age of 15-years-old, both which shined on national television via programs like America’s Got Talent and The Ellen DeGeneres Show, Caly Bevier is now embarking on a resurgence back into the spotlight. This time, it not just as a cancer survivor, and not just as a vocalist, but instead as an adult, one who is living on her own terms with a new title she holds close to her heart… artist.

Following the attention that came from receiving the golden buzzer from Simon Cowell on AGT, Caly boldly decided to pack up her Volkswagen Bug and leave her family and hometown of Toledo, Ohio at just 17 years old to head west in pursuit of making it in the music industry. Los Angeles became not just her new place of residence but also a creative hub, home to one of the largest music communities in the world, which assisted in helping her start the process of songwriting and recording. Caly was determined to not just be another singer looking to make it. She wanted to also write, collaborate and learn, all in an effort to create her own sound, her own songs, stemming from her own vision.

In the summer of 2018, Caly released her debut single, the uplifting anthem “Head Held High” which told her story of overcoming the odds. The song quickly found its way into pivotal moments on television shows like American Idol and So You Think You Can Dance as well as pop radio, hitting as high as the Top 10 on Radio Disney. That same outlet also had her guest host their popular weekly show, the Radio Disney Top 10 Countdown. Meanwhile, the sports world also took notice as Bevier was asked to perform at half time shows and national anthems at stadiums and arenas throughout the country for various teams across the NFL, MLB, NHL, MLS and even the US Women’s Soccer Team. All of this momentum lead to a singles-based record contract with BMG for her follow-up single, “Hate U Sometimes” which came out in May of 2019. The video for the single was premiered on NYLON.com. Guest features also started to bring attention as Bevier lent her vocals to songs from NoMBe, Paces and most notably, the collaboration track “Already Know” from dance powerhouses, Said The Sky and Adventure Club.

Now at 20-years-old, Caly is back with new material and a new perspective. Her latest offering is the beautifully haunting “See You Now” which was released on February 14th and produced by Frequency – known for his work with such A-list talent as Eminem, Rihanna and Bebe Rexha. “After taking a bit of a break to really find myself and who I want to be as an artist, it feels so empowering to start getting some of these new songs out. Knowing that I played a big part in the writing and seeing how its all come to life is such an overwhelming feeling. I really feel like I’m where I’m supposed to be”, says Bevier. The plan for 2020 includes releasing a lot more music as Caly is now free from any contractual constraints. She is also armed with a new batch of material that represents where she is currently in her life - an LA-based 20-something looking to make her impact in the industry on her own terms… as an artist.